As it was previously mentioned, in 2016, “Forbes” published the list of the ten most desirable competencies on the labor market, among which was the ability to work in multicultural environment. Despite growing awareness of intercultural differences, various kinds of communication problems with people from other cultures often arise. One of the most frequently mentioned barriers in communication in a multicultural environment are stereotypes and prejudices as well as ethnocentrism.

In the case of contact with people who are culturally different, it is easy to cause a prejudice, i.e. a negative (sometimes even hostile) attitude, which is based on generalisations resulting from false or incomplete information. Biases are associated with holding preconceived ideas about an individual or a group, even if the information received contradicts those ideas. Prejudices always have negative overtones and are often rooted in the history of a nation.

Prejudice are fed with negative stereotypes about individuals or groups. They can be caused by the fear of the stranger and the unknown, by ignorance, by the tendency to divide people into groups (the one to which we belong – “WE” and the stranger “THEY” and we value our group more than the stranger).

How to reduce prejudice?

There is no universal recipe that will tell us how we can effectively reduce prejudice. A lot of things depend on the specific situation and the people involved in it. According to research, it is best to build a situation of mutual interdependence between members of two groups. An example of a situation of mutual interdependence is the creation of a task, e.g. for children in a classroom, which can only be completed if the child from the minority group use their knowledge and competence. In this way it becomes part of a larger “puzzle”. If such situations are repeated, the child from the minority group begins to gain a higher position in the group as one who has the necessary competences. As they become an indispensable member of the group, other children not only stop annoying them, but also start giving them support.

The best way to reduce prejudice is to build a situation of mutual interdependence between the members of the two groups, e.g. to plan a task in which a child from a minority group will have a significant influence on its completion. Then the child from the minority group gains a higher position in the group. 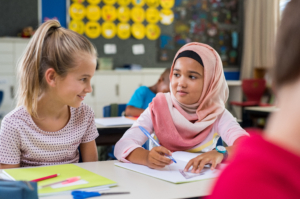 Stereotypes are a broader concept than prejudice. A stereotype is a simplified, abbreviated and value-enhancing image of reality functioning in social consciousness, referring to social groups, people, situations, institutions. The stereotype makes identical features ascribed to all members of the group without exception, regardless of actual differences between them. Stereotypes are permanent and difficult to change and culturally inherited. Their essence is the subordination of thinking about the outside world to simplified, schematic images, e.g., some say that the Greeks are lazy, the Germans are perfectly organised, although rigid, the Brazilians think only of having fun, and the Poles complain constantly.

Stereotypes are an integral part of social life. Each of us has a stereotype in relation to representatives of a different group. A stereotype is a kind of generalisation, generalisation of traits, motives or behaviour for a whole group of people. A stereotype is an image of a group or a community that we have in our heads. Stereotypes can refer to a group of one’s own or a foreign group. In common consciousness, the word stereotype itself is associated negatively – we should not think stereotypically, and stereotypes themselves are always negative. However, this is not always the case. Researchers distinguish between negative and positive stereotypes, and the use of stereotypes also brings some benefits, but it is worth knowing the limitations that result from this. Stereotypes perform certain functions, e.g. they facilitate functioning, because they give ready-made patterns of thinking and behavior, organise the world, save “cognitive effort” and strengthen group identity – they give a sense of belonging and security. On the other hand, they limit our experience and development, can be harmful, make us easy to manipulate, because we do not check the information coming to us, following it, we can start to function in a false reality and justify our behaviour.

Stereotypes are not the same thing as prejudices. Prejudice is an individual attitude containing a strong emotional charge towards a certain person or community. Stereotype is above the individual. It is an element of collective knowledge that is passed on from generation to generation. A stereotype concerning different nationalities is very often rooted in tradition and culture, and its manifestations can be found in various cultural texts, including literature and film. Therefore, the stereotype is not based on the direct, individual experience of an individual. This makes the stereotypes rigid, difficult to change. Changing the stereotype is possible, but it takes a lot of time, because it is a change of collective knowledge in the community.

In the context of immigration, Poles have the experience of being an object of stereotype, but not its creator. In Western Europe, for years there was a stereotype of a dirty Pole-alcoholic who does not integrate with a host society. In the 90s, the stereotype of a Pole – a car thief – was very popular. A slow change in the image of Poles as immigrants began only after 2004, when Poles could start working legally in the EU, which changed the nature of the trip and increased the percentage of people with higher education among immigrants. All these factors caused that Poles started to be perceived as valuable workers.

Stereotype is not based on the direct, individual experience of the individual. It makes the stereotypes rigid, difficult to change. Changing the stereotype is possible, but it takes a lot of time, because it is a change of collective knowledge in the community. 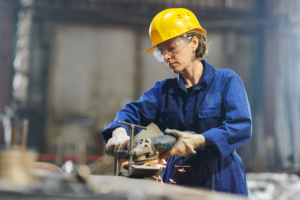 The change of stereotypes consists in applying the same solutions that are used in the case of changing prejudices, i.e. educating and raising awareness and creating conditions for cooperation.

Stereotypes are not the same thing as prejudices. Prejudice is an individual attitude containing a strong emotional charge towards a certain person or community. Stereotype is beyond an individual. It is an element of collective knowledge that is passed on from generation to generation.

Discrimination is an unjustified, negative or harmful act against a member of a group, solely because it belongs to that group. It is treating a person less favourably than a person in a comparable situation because of a particular characteristic (e.g. gender, age, disability, religion or belief or ethnic origin).

Discrimination is a worse, unfair treatment because the of membership in a particular group. 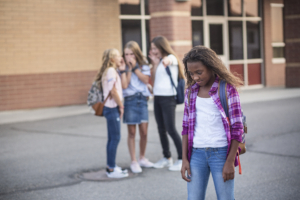 Ethnocentrism is the tendency to make negative judgments about a foreign culture by referring to the standards of the culture we come from and interpreting other people’s behavior according to the standards of our own culture. Some of the difficult emotions that we encounter in intercultural contacts may be related to ethnocentrism. The culture, in which we grew up is a point of reference, sometimes we also consider it only right or more valuable than others. Most often, if we have no contact with people from other cultures, we do not realise how much of our behaviour is culturally conditioned. The metaphor of glasses can be used here. The culture, in which we are brought up, puts colored glasses on our noses, which we most often forget about – as long as it does not turn out that someone can see the same situation radically differently.

Difficult emotions that we sometimes encounter in intercultural contacts may be related to ethnocentrism, i.e. our tendency to interpret other people’s behaviour according to the norms of our culture. 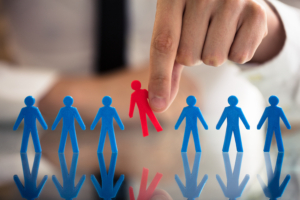 Stereotypes and prejudices can be the greatest barriers to intercultural communication, so it is necessary to build relationships with people from other countries based on one’s own experience and apply an individual approach to each person. One should be aware of cultural differences, accept their existence and respect “otherness”. It always should be remembered that something which is normal for us is not always so for other people.

Bibliography for a series of articles on cultural differences: