Vast majority of Poles are Catholics, that’s why the period of Christmas is very important here.
In Poland, Christmas traditions and customs are very similar all over the country. In many homes, people sing carols during Christmas dinner, and there’s always one free plate at the table for an unexpected guest. Moreover, many families still put hay under the tablecloth and prepare 12 dishes for Christmas dinner. December 25th and 26th are public holidays, intended for cultivating religious traditions and meeting with family.

We invite you to learn about Christmas traditions in Poland.

Christmas is a wonderful family holiday that commemorates the birth of Jesus Christ. It’s been celebrated with utmost respect for generations.

In Poland, Christmas celebrations start on December 24th, that is, on Christmas Eve – the day before the birth of baby Jesus. It’s one of the most important moments in Polish tradition, officially celebrated and associated with great joy, warmth and closeness.

On December 24th, when the first star appears in the sky, people sit at the table and have Christmas Eve dinner. This symbol is connected with the Bethlehem Star, which appeared to the Wise men from the East and symbolized the birth of Jesus. Only after the first star appears in the sky, people can sit at the table, but not before they share a Christmas wafer. In Polish homes, wafer sharing is a very important custom. According to it, every Christmas Eve dinner starts with an official breaking of the wafer along with exchanging Christmas wishes.  Wafer, “oplatek” in Polish, comes from the Latin word oblatum, the sacrificial gift. It’s a thin white bread wafer baked from wheat flour and water. During Christmas Eve dinner, people pray together and it’s customary to read passages from the Bible about the birth of Jesus.

There’s hay under many Christmas Eve tablecloths, which symbolizes Jesus’s birthplace. There’s also an empty seat at the table for an unexpected guest. It shows the willingness to accept everyone who’s lonely and in need to spend this special day with joy. 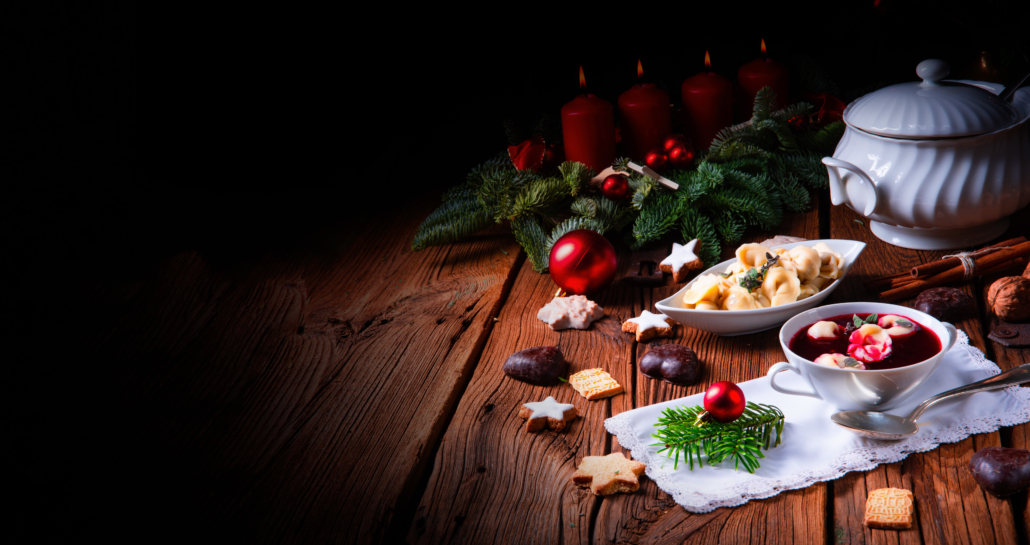 One of the Christmas customs says that there should be 12 dishes on the table for Christmas Eve dinner. Dishes may vary depending on the region. The traditional way is to eat only fast-day dishes. Although the Catholic Church cancelled fast on Christmas in 2003, it is still recommended and present in many homes.

The most popular dishes include borsch, fried carp, pierogis (Polish traditional dumplings), or split peas with cabbage. People drink kompot from dried, smoked fruits. According to tradition, everyone has to try all of the dishes from the Christmas Eve table to ensure luck throughout the coming year. 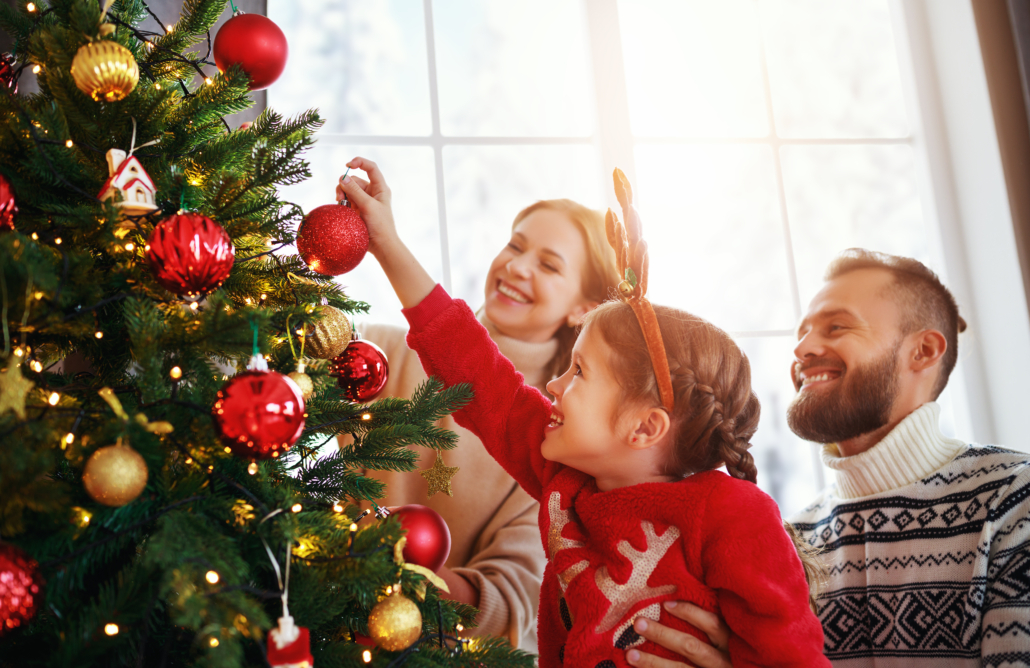 It’s customary for Poles to put Christmas trees into their homes and hang mistletoe from the ceiling. The tree, as a tree that’s green in the winter, is the symbol of life and birth of Jesus.

After the Christmas Eve dinner, there’s time for exchanging Christmas presents and singing carols. The most popular ones include “In the midst of night’s quiet”, “Silent night”, “God is born”, “Sleep Baby Jesus”, “Shepherds Came to Bethlehem” or “Today in Bethlehem”.