The way people perceive time and space is also culturally determined. Nowadays, in Western cultures, time is precisely measured with clocks, we have the impression that it is moving forward. We distinguish between past, present and future.

Time can also be cyclic, which means that its main feature is the repetitiveness resulting for example from the repetitiveness of seasons or moon phases. Each time cycle involves the performance of specific activities assigned to that period.

In different countries, their citizens also have different approaches to space. In this article we will introduce readers to the cultural differences associated with the approach to time and space.

Some cultures attach great importance to time, punctuality, schedules. These are monochronic cultures. In these cultures, people stick to previously accepted plans, they rarely get late and this is unwelcome. Meetings are reluctant to be translated and in general the principle “time is money” obtains. 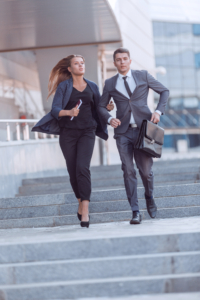 Time is precisely measured, planned and managed in these cultures. Representatives of monochronous cultures will expect to respect their time: be punctual and use it well.

Polychronic cultures, on the other hand, function differently, where watch, timely commitments and meeting schedules are of lesser importance. It is assumed that people decide ad hoc when an event begins or ends and what course it takes. Spontaneous changes of arrangements and deadlines are allowed, as well as late arrivals, which are not negatively evaluated. In such cultures the time for conversation is when both parties meet in one place (not necessarily at a predetermined time).

In polychronic cultures, time is more fluid and not so precisely measured and managed. Plans can be changed spontaneously, because in these cultures, preference is given to interpersonal relationships rather than to performed tasks.

Many cultures in Latin America, Africa, Asia and Arabia belong to polychrome, especially in the south: Mexico, Pakistan, India, the Philippines, Egypt and Saudi Arabia.

In contacts with a foreign client, coming from different cultures can cause many misunderstandings. Therefore, it is important to be aware of the differences between cultures, then it will be easier to understand the behaviour of people from other countries. 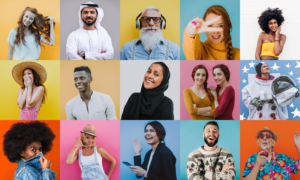 Practical guidance for people working with people from other cultures

The fact that cultures differ in their approach to time and punctuality does not mean that every late person acts according to their culture – but in some cases it does. Nor is it about accepting all the unexpected situations for us, because the other person comes from a different culture. However, when building the ability to work with a person from a different culture, you have to develop an additional sense – sensitivity to the fact that the other person grew up in a different surrounding, has different habits and may not understand our intentions or expectations. Likewise, we can misinterpret the behaviour of this person. What is needed, then, is simply a certain forbearance and readiness to explain to people from other cultural circles what are, for example, the conditions of cooperation in Poland – even though significant delay is not accepted in professional situations.

In the countries of Central Europe, as well as in Poland, being late for business meetings is considered impolite. You should be there a few minutes before the meeting. Things look completely different in Southern European countries (Italy, Spain) or e.g. Mexico. In these cultures, time is something that happens at a given moment and people live in the present. It is allowed to be late for business meetings. In countries such as Japan or China, for example, a few minutes late can be a reason for a tense situation or even a break in negotiations. You shouldn’t come too early either – this can be interpreted as rushing the interlocutor or not respecting your own time.

Representatives of different cultures use space in a specific way to talk to other people. Taking this criterion into account, the researchers distinguished between contact cultures where touch and closeness are natural and distance cultures where the appropriate distance between people talking to each other must be maintained.

The cultural dimension related to the way the space is used is called proxemics. In some cultures, there is a large private space that should not be crossed – this can be seen in spatial distances in interpersonal relations, when interlocutors keep spatial distance in an upright hand. In other cultures, this distance is much smaller, e.g. in Arabic culture, it is characteristic of pushing and squeezing in public places. When Arab men talk, they are very close together. In German culture, the space around the individual is an extension of privacy, so getting too close is considered rude and even insulting. In Polish culture, we also prefer to keep a personal distance of at least the length of an upright arm.

Cultural dimension related to the way the space is used is defined as proxemics, e.g. Arabs – men talking to each other are very close to each other. 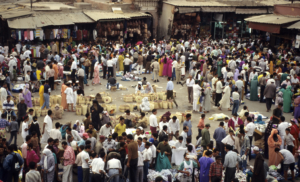 Knowledge of spatial distances in interpersonal contacts is essential for people working with people from other cultural backgrounds. If our interlocutor does not keep the right distance, it may be because of the relationship model in his or her culture, and not because of his or her confidentiality or willingness to establish a closer relationship. Conversely, if they “keep a distance”, it does not necessarily mean avoiding contact.

It is assumed that the spatial distance between business people is equal to the length of the extended hand. However, there are differences in the behaviour of interlocutors in different countries.

The following distances are distinguished:

– small spatial distance – from 20 to 35 cm, which is characteristic for the Arab world and in Europe for the Romance countries,

Individual nations are also differentiated by their consent to touch during a conversation or business negotiation. For example, Americans, Italians and Spaniards often slap on their shoulders or squeeze their interlocutors during a conversation. A different attitude is presented, for example, by the British, who are a reserved and frugal nation in the form of communication.

In European countries, tactile contact is decreasing from the south of Europe to the north. In Romance countries it is popular and understandable, in countries of Central Europe – occasional, whereas in countries of Northern Europe – very rare and unwelcome.

Table below show the difference between the hand pressure of the selected nations.

“Among the representatives of Islamic and Buddhist culture, it is not acceptable to touch people or give business cards, for example, with the left hand.

Pointing the finger at somebody or something in most countries is also a sign of ill-manners and should be avoided.

Raised thumb for most nations means praise. On the other hand, the entire Middle and Middle East considers this gesture offensive.

The most ambiguous gesture is the sign telling “ok” to an interlocutor, that is, a circle made of a thumb and index finger. For the citizens of the United States, it’s an assurance that everything is okay. For the Japanese, it’s mainly related to the coin and the conversation about money. On the Iberian Peninsula, in Latin America, some European countries and Russia, this gesture already has a negative message. (G.Rosa 2009 s. 95– 96)”1

Bibliography for a series of articles on cultural differences: